Deep Roots of Faith and Freedom

Yesterday we enjoyed parades, cookouts, carnivals and fireworks in the annual birthday party for our country.  Communities came together to line streets for parades and to sit on blankets while watching explosions in the summer night sky.  The 4th of July is like a colorful flowering of patriotism and unity bursting forth from an abandoned and overgrown garden.

The soil of our nation has been drained of life-giving nutrients by runaway debt, dominated by thorny weeds of partisan bickering, and undermined by root rotting corruption.  But yesterday the sun was shining, the charcoal glowing, friends and family smiling, and may 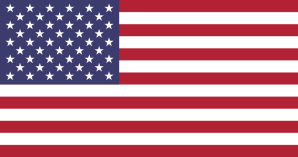 be, we think, just maybe, there is hope for our country after all.

So today, in an effort to keep that spirit of patriotic hope alive for at least one more day, here are some of the many reasons I am thankful for these United States of America.

Freedom…to believe, to pray and to worship, to speak, to pursue dreams and to disagree

The generosity and good-heartedness of the American people.

Churches and para-church ministries that provide often overlooked and undervalued service and support.

For wise founders, dedicated public servants, and for those who serve in our armed forces…not necessarily in that order.

I’m thankful to live in a country in which God is and always has been acknowledged and even consulted by our leaders.  I realize that is a point of controversy and that many would argue that our country was not necessarily founded on Christian principles.   Perhaps it is a bit romantic to assume there was a day when everyone knew and lived in service to the God who holds all nations in his hands.  Or, just as likely, maybe it is anachronistic to project today’s secularism onto the patriots who founded this country 235 years ago.

In my humble opinion, the reason patriotism and hope can still bloom among the current weeds of debt and discontent is due to the soil of faith and freedom in which this country was originally planted.

Faith and freedom are deeply rooted in our national soil.  I’m thankful for that.

Gallery | This entry was posted in Current Events and tagged Patriotism, Thanksgiving. Bookmark the permalink.