Childhood, Adolescence, Adulthood, and a Mid-life Crisis: A Guide to Reading the Bible 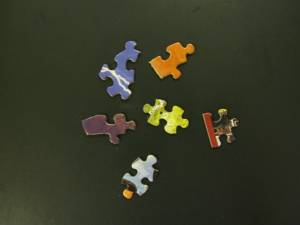 Do you ever struggle to understand  individual books, chapters or verses of the Bible?

Most of us do.  The sixty-six books of the Bible were written over roughly 1500 years by many different authors in three ancient languages, and the books are not arranged chronologically.  It’s a bit like a puzzle.

Individual passages are difficult to place if we don’t have the big picture.  As I was raising my children and learning more about the Bible, I began to form a mental picture of God raising up his people like a parent raises a child.

So, I humbly suggest a guide to reading the Bible as organized by the development of the nation of Israel through stages of childhood, adolescence, adulthood, mid-life crisis, and maturity.  And that’s just the Old Testament.  (I’ll add some thoughts on the New Testament in my next post.)

The nation of Israel developed in the womb of Egypt and was delivered through the waters of the Red Sea into its infancy in the desert.  God led his young nation with a very physical presence (fire by night and a cloud by day,) he fed them soft food (manna) and disciplined them like a parent disciplines a toddler.  (You can read this in Genesis through Deuteronomy.)

After forty years of childhood, the nation was ready to move into its Promised Land.  They had to fight for territory and establish themselves in the land, and it wasn’t always pretty.  God appointed, anointed and led through individuals called judges during these years.  The phase of Israel’s history can be compared to teenage or young adult years.  It is characterized by both immaturity and obedience, success and failure, and plenty of rebellion.  (See Joshua, Judges and Ruth for these turbulent years.)

After centuries of volatility, the people of Israel asked God for a king.  They wanted to be like all the surrounding nations. (Sound familiar?)  God warned them that they would be sorry one day, but he instructed the last judge, Samuel, to anoint the first king, Saul.  Saul was a disappointment, and eventually David replaced him.  David and his son, Solomon, reigned over Israel’s glory days, the peak of her “adult” life in the ancient world.  She was wealthy, prosperous and powerful, but certainly not perfect.  (See 1 and 2 Samuel, 1 Kings 1-11, many Psalms, Proverbs, Ecclesiastes, and Song of Songs for this stage of Israel’s life.)

After Solomon died, Israel had a series of mid-life crises.  She was attracted to the ways and the gods of surrounding nations and waffled between the true God and worthless idols.  Some of the kings during these years led the nation well and God blessed them accordingly; others led them straight into idolatry.  This went on for centuries until Judah and Israel (they had split into two nations during this stage) were so far from God that he was forced to bring judgment on them both.  (This painful progression is described in 1 and 2 Kings, 1 and 2 Chronicles, and the prophets Isaiah, Jeremiah, Ezekiel, Hosea, Joel, Amos, Obadiah, Jonah, and Micah.)

Jerusalem was destroyed, along with most of God’s people, and those who survived lived in captivity for seventy years, after which God arranged for a remnant to return to Jerusalem.  They were no longer a political nation, but they still were an influence in the world as God’s people.  They had learned the dangers of idolatry, acquired the wisdom of experience, and they mourned for all that they had lost.  (Read about this in Ezra, Nehemiah, Esther, Daniel, Zephaniah, Haggai, Zechariah, Nahum, Habakkuk and Malachi.)

This parallel helps me to better understand the context of God’s interactions with his people.

If you read the transcript of a conversation between a parent and a toddler as if the interaction were between a parent and an adult, you will find it confusing.  So, when we read of God giving the infant nation of Israel very specific and detailed instructions in the Law, like a parent telling a toddler not to run into the street, we understand that he was blunt because they wouldn’t understand the nuances of adult reasoning.

As the nation matured, however, God desired relationship, love and loyalty as motivations for their obedience rather than the perfunctory rule-following of childhood.  His expectations of and interactions with his people at the later stages of their development should be interpreted in that context.

God always wanted love and obedience from his people, not because “He said so,” but because they genuinely desired to honor and love Him.

He desires the same from us.

At what stage of development are you in your relationship with God?

15 Responses to Childhood, Adolescence, Adulthood, and a Mid-life Crisis: A Guide to Reading the Bible