A Life of Pondering 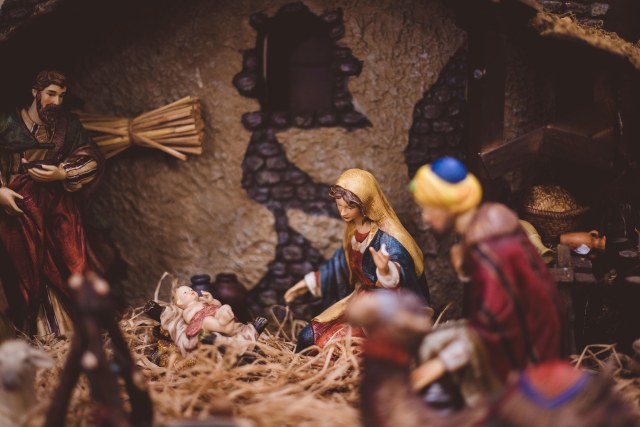 December features stories of miracles. Angels appeared to Mary, Joseph and to the Bethlehem shepherds announcing the birth of the Son of God, Jesus, the Messiah. For Mary, right in the middle of it all, it must have been a time of fear, confusion, the Holy Spirit’s power, inspiration, and tremendous faith.

After the activity surrounding the birth of Jesus, I think the rest of Mary’s life was spent pondering.

That seems typical, actually, of most reactions to God’s plans. They are often unheard of. Difficult. Putting those he asks to initiate them into problematic situations. Certainly, that was true of Mary.

I’m sure there were days when people spoke unkindly to her, gossiped and made her life miserable. Did she wonder if she had heard God correctly? Did she wish God had chosen someone else? Perhaps. But she had said to the angel, and I’m sure she meant it, that she was the Lord’s servant.

Mary went immediately to visit Elizabeth, who was expecting her own miracle: John the Baptist. She stayed with Elizabeth for three months, and Elizabeth’s husband, Zechariah, couldn’t say a word, so they had the conversation all to themselves.

It was during that visit that Mary spoke the Song of Mary, or the Magnificat, recorded in Luke 1:46-55. It is Mary’s rejoicing over what the Lord had done and what he would do for “his servant Israel.” (Luke 1:54)

The first months of Mary’s pregnancy were eventful, full of promise, and the time with Elizabeth was no doubt encouraging. But, then she went home. She and Joseph had to go to Bethlehem to register, and there she gave birth to the Son of God. Her only visitors were shepherds to whom God had given the news that “Today in the town of David a Savior has been born to you; his is Christ the Lord” (Luke 2:12)

We’re told that Mary “treasured up all these things and pondered them in her heart.” (Luke 2:19) She had experienced the angelic announcement, the choir of angels, the shepherds who had been told that Christ the Lord had been born. Following those Spirit filled events, she pondered.

The only other time that Mary speaks in the second chapter of Luke is after they had taken 12-year-old Jesus to Jerusalem at Passover, and Jesus stayed at the temple unbeknownst to his parents. When they found him, Mary reacted, “Why have you treated us like this? Your father and I have been anxiously searching for you.” (Luke 2:48)

When Jesus answered, “Didn’t you know I had to be in my Father’s house?” (Luke 2:49), we’re told that Mary and Joseph didn’t understand.

Reading between the lines, after 12 years of raising a child, to all appearances a normal child, I wonder if Mary forgot all that had been so very real when she gave birth. In the normal day to day living, angelic announcements weren’t uppermost in her mind.

Mary and Joseph had been given monumental roles. God had prepared them for it and angels had led and protected them through it. Mary didn’t totally forget, because we’re told again that Mary “treasured all these things in her heart.” (Luke 2:51)

This Christmas and Beyond

This Christmas, you might feel like Mary did when she was first approached by the angel. Fear, confusion, maybe a little stress, can overcome us all, but we can take Mary’s advice and surrender, “May it be to us as you have said.” God asks us all to do or experience things that cause fear and confusion, but when we surrender to him, he will always give us exactly what we need to get through it.

Maybe you’re feeling exultant, like you could pronounce your own version of Mary’s song, and you’ve got close friends or family that are encouraging and exhorting you. Awesome! Praise God, enjoy it and express it!

Most of life, however, is like the rest of Mary’s story.

Mary and Joseph had to remember what they were called to do. God had given them the truth in several ways, but they had keep it forefront in their minds.

Twice we’re told that Mary treasured all these things in her heart and pondered them. I’ve done that. Have you? In fact, I have spent most of my life in a state of “pondering” things. Have you been given direction from the Lord and you are wondering how it is going to happen? If it will happen? Maybe things have gone differently than you had expected.

I’m sure Mary experienced that many times. I’m sure she did not expect Jesus to do ministry the way he did and certainly not to die a sacrificial death. She pondered. She prayed. We ponder, and we pray.

When you’re waiting, or wandering, or just going through life wondering, remember that God has called you, that he hasn’t forgotten. Follow Mary’s lead, and treasure these things in your heart.

Photo by Ben White on Unsplash