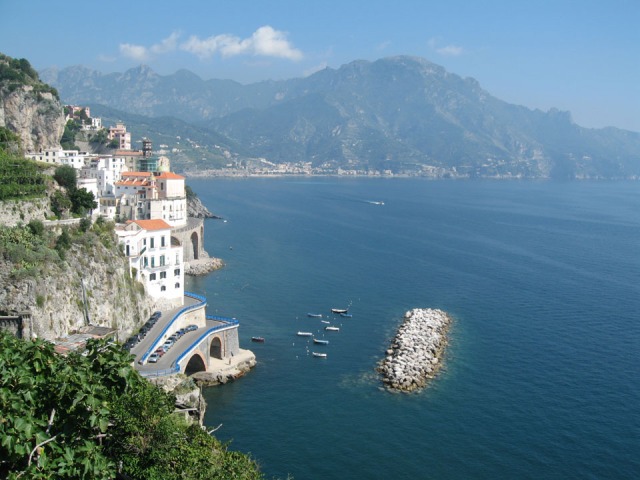 When the Bible records the inheritance given to daughters, I pay attention. I’m used to reading a Bible steeped in a patriarchal culture, therefore it is full of the names, escapades and inheritances of men.

Except for two places where daughters are given an inheritance.

In both cases the women’s names are recorded and they are given an inheritance that was uncommon – if not unheard of – in patriarchal times. We find the first of these in the last verses of Job.

The Lord blessed the latter part of Job’s life more than the former part. He had fourteen thousand sheep, six thousand camels, a thousand yoke of oxen and a thousand donkeys. And he also had seven sons and three daughters. The first daughter he named Jemimah, the second Keziah and the third Keren-Happuch. Nowhere in all the land were there found women as beautiful as Job’s daughters, and their father granted them an inheritance along with their brothers. Job 42:12-15

The book of Job is about a righteous man who is tested with the loss of his livestock, his servants, his children, and his health in a very short time. Over the growing incredulity of his friends, he insisted that he had done nothing to deserve such a terrible fate. His faith was firmly placed in God, no matter what disasters he encountered.

It is a fascinating study of stubborn faith in the face of suffering. After intense discussions with his friends, God showed up and revealed himself to Job by asking him a series of questions beginning with:

“Where were you when I laid the earth’s foundation?
Tell me, if you understand.
Who marked off its dimensions? Surely you know!
Who stretched a measuring line across it?
On what were its footings set,
or who laid its cornerstone—
while the morning stars sang together
and all the angels shouted for joy? Job 38:4-7

What could Job say? “Surely I spoke of things I did not understand, things too wonderful for me to know.” (Job 42:3) He stood in awe of God.

God healed Job and poured out double blessing on Job’s life from that point on. In the last verses of the book, Job’s three daughters are named and we are told that he gave them an inheritance along with their brothers.

Why are those details included in Scripture?

Most of the commentaries I checked either didn’t mention the daughters’ inheritance or said it was Job’s prerogative. Matthew Henry alone notes that they could have been named to reflect Job’s experience: Jemima meant the day, which was a nice change from the dark night,  Kezia, was a fragrant smelling spice, and Keren-happuch meant plenty restored, and Henry says “perhaps they excelled their brethren in wisdom and piety.*” Could be!

I imagine that Job had a greater understanding of who God is after God’s revelation to him. Maybe he was blown away by the grandeur, creativity and power of our God and was moved to follow the heart of God, so he endowed his daughters with an inheritance.

I wonder if these details are included in Scripture so that we might notice that God colors outside of our nicely drawn theological lines. Perhaps Job saw a glimpse the greatness of God and he responded by stretching his thinking.

The second list of daughters names is found in Numbers 27, 36 and Joshua 17.

The daughters of Zelophehad…were Mahlah, Noah, Hoglah, Milkah and Tirzah. They came forward and stood before Moses, Eleazar the priest, the leaders and the whole assembly at the entrance to the tent of meeting and said, “Our father died in the wilderness…Why should our father’s name disappear from his clan because he had no son? Give us property among our father’s relatives.” Numbers 27:1-4

It was a bold, precedent setting, and courageous request. They believed God, and they had faith to ask for their inheritance, even if they didn’t have a brother.

Moses consulted with God, and found that they would be given an inheritance. Later, some family heads of their tribe brought another issue to Moses. If the daughters married someone from another tribe then their land would be forfeited. God specified that the daughters of Zelophehad marry men from their own tribe. They obeyed.

Finally, when the land was being distributed, the daughters again spoke up and reminded Joshua of their promised inheritance, and they were given land.

In each of these three passages the daughters names are recorded. Maybe Moses wanted to make sure we knew it was the same daughters each time or he was emphasizing the importance of their appeal.

They weren’t asking to establish a precedent for women, although they did. They were asking out of faith in a great God who would bring them into the Promised Land.

Job’s and Zelophehad’s daughters remind me that that God is far bigger than I can imagine. He is not constrained by our theological limits, and he delights in our faith.

I love that these daughters were named, that we are reading about them thousands of years later, and that they were given their inheritance.

I look forward to mine.

This entry was posted in Bible, Faith, Women and tagged Daughters in the Bible, Faith, God, Job, Zelophehad. Bookmark the permalink.