Following a Leader or Following the Crowd? 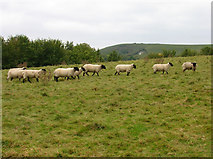 Two recent news stories illustrate that there is a difference between following a worthy leader and following a crowd.

The big story in Chicago over the weekend was the NATO summit and the surrounding protests.  Most of the media coverage focused on the protests to the exclusion of the substance of the summit itself and the reasons for protests. 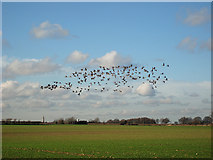 A woman quoted in my Monday morning local newspaper,The Daily Herald, said,”It’s crazy…Having NATO in town is kind of exciting…it seems like there’s so many messages and people aren’t really sure what they want to get accomplished…People just need to figure out what their argument is going to be.”  (Italics mine)

No wonder I missed the message.

Another developing story is the Facebook IPO, which may seem completely unrelated to NATO protests, but I see some dots to connect.

After all the Friday hype, Facebook shares were down 11% on Monday and many fear it will drop further.  A quick search for articles on the Facebook IPO will link you to articles proclaiming the IPO a dud, warning us that Facebook’s success might come at the expense of our privacy, and wondering about Facebook’s revenue sources.

Maybe investors “liked” Facebook before understanding exactly what they were liking.

I suggest that the build up to the Facebook IPO and the randomly focused NATO protesters have something in common.  Participation was not so much based on the value of Facebook or the substance of the NATO summit as it was a desire to be part of something big, to catch a wave with everyone else before it’s too late.

The crowd really was the story.

I suppose it is human nature to want to get in on the action, even if we’re not sure what the action is.

Two thousand years ago, people pressed around Jesus to get in on his action, but they didn’t really understand what they were getting in to.  At least not at first.  Eventually, the crowds dwindled as Jesus challenged his followers to do more than watch him perform miracles.

The sequence of events recorded in John 6 thins the crowd a bit.  First, Jesus fed 5000 people out of one little boy’s lunch box.  The amazed masses wanted to make Jesus their king, but Jesus ditched them.  He snuck away to a solitary place on a mountain.

That night Jesus’s disciples began to row across the Sea of Galilee without Jesus, but Jesus met them on foot on the water.  When word got out that Jesus and his disciples were on the other side of the lake, the mob swarmed to meet him.

But this time instead of feeding and healing people, Jesus treated the multitude to confusing and uncomfortable truth about exactly who he was.  At the end of the day, “many of his disciples turned back and no longer followed him.”  (John 6:66)

They had been following a crowd, but they were not prepared to follow Jesus.

“If anyone would come after me, he must deny himself and take up his cross daily and follow me.”  Jesus in Luke 9:23

8 Responses to Following a Leader or Following the Crowd?