You want to know what “hegemony” means, don’t you?  It’s a useful term in today’s environment, and you’ll understand why if you keep reading.

A Texas blogger recently wrote an essay called Why I Raise My Children Without God for CNN’s iReport.  As of this writing 738, 086 readers have viewed the post, and well over 9000 of them responded with a comment.

She is an atheist who is sensitive to the hegemony of religion in our culture.

Hegemony means cultural dominance. The Merriam-Webster dictionary describes it as, “the social, cultural, ideological, or economic influence exerted by a dominant group.”

The essay itself makes fairly standard objections to the idea of God.  As a Christian, I find the author’s logic limited and her understanding of the God to whom she objects flawed.  But that’s not my point here.  I’d rather examine and learn from the record-breaking response.

Many comments predictably make a case for religion and for God, some respectfully, some not so much.  Most interestingly, others express admiration for the author’s courage to fly in the face of social pressure and go public with such an unpopular opinion.  (I make no claim to have read all 9000+ comments.  Read Godless mom strikes a chord with parents on the CNN belief blog for a summary of responses.)

This is an instructive window into how Christianity is experienced by those under its hegemony.

For example, a comment quoted in Godless mom…, says, “…I agree with everything you say, but I’m not brave enough to tell everyone I know this is how I feel…Thank you for your bravery and letting me know I’m not alone.”

I didn’t see that coming.

Statistically, Christianity is the dominant religion in the Unites States with 78% of those surveyed self-identifying as Christians.  (See more details in the Pew Forum Statistics on Religion in America Report.)

From my perspective within the Christian culture, however, I often feel marginalized by secular influences and under the hegemony of Hollywood or Washington.  I guess we never see our own social or religious group as oppressive.

Apparently many people perceive religion as a dominant and coercive influence.

Whether that is a misperception or a misapplication of Christian truth, it is a problem because at its core, Christianity is incompatible with hegemony. 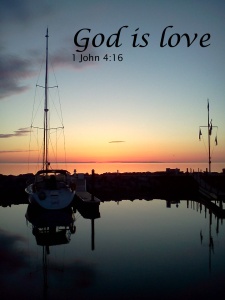 Jesus rejected the use of coercive methods in his ministry, and the defining marks of his followers are love, humility, mercy, peace, and grace. Therefore, Christian hegemony, correctly expressed and understood, should be experienced as love, acceptance, and service.  But it’s not. Timothy Keller, in his book King’s Cross, writes, “…when Christianity is in a place of power and wealth for a long period, the radical message of sin and grace and the cross can become muted or even lost.” ( p. 124)

Is the hegemony of religion compromising a true Christian witness of love?  If so, what should Christians do about that?

What do you think?  I’m very interested in your thoughts on the hegemony of religion.

21 thoughts on “The Hegemony of Religion”

Leave a Reply to Larry Who Cancel reply