Earthly Circumstances have Little to do with Heavenly Glory 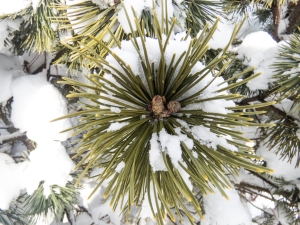 It’s December; it’s Christmas time.  We are treated to advertisements for music, party dresses, iGear, coats and cars, (I’ve never known anyone to give a car as a Christmas gift.  Have you?) all designed to give us a feeling of good cheer and coziness.  Warm fireplaces, hot cocoa and Christmas music go nicely with family gatherings and good gifts.

What are we celebrating in December?  Our families, gifts, parties and good cheer?  American consumerism?

Those are obviously rhetorical questions, for we all know what we celebrate at Christmas.  Jesus, God incarnate, was born to a young woman named Mary in a humble stable in Bethlehem.  There were no decorations, no expensive gifts (yet), no visions of family gift giving, no parties.

I imagine the first Christmas being…earthy.  The stable was no doubt full of the sounds and scents of animals.  We’re told by Luke that Jesus was placed in a manger, which is our only clue that Jesus was born in a stable.  The night would also have featured Mary’s labor pains, blood, sweat, even screaming, and the help of Joseph, a godly man of whom I wish I know more.   Doesn’t that sound earthy?

Jesus, the One who inaugurated the Kingdom of Heaven on the earth, was born in the most humble, unassuming, earthy, setting I can imagine.  Yet it was perfectly planned; expertly executed.

How does a baby born in such low circumstances, poor, unknown and unexpected, end up in the highest heavenly place, given the name that is above every name, and worthy of the allegiance of every person?

Earthly circumstances have little to do with heavenly glory.

Jesus was, of course, fully God and fully man, and he was born with a very specific purpose: to save the world from its slavery to sin and death.  He lived an unassuming life until he began his public ministry, at which point he spoke of the Kingdom of Heaven and proved that he had absolute power over disease, demons, and nature.  His following and his visibility grew.  Eventually, he caused such fear in the religious powers that he was executed.

Jesus didn’t live a successful life on earth by many standards.

However, death couldn’t keep him.  When he was raised to life after death, he had accomplished what he had come to do.  It was time to leave the earth.  At the other end of the Gospel of Luke we’re told of Jesus’ ascension.  He came in the most earthy of circumstances, but he left in heavenly glory.

When your circumstances are less than ideal, maybe even a little too earthy, don’t forget that your heavenly place does not depend on your worldly status.

Christmas is the perfect time to remember that truth.

What do you think is the relationship between your circumstances on earth and your position in heaven?

“Therefore God exalted him to the highest place and gave him the name that is above every name…”  Philippians 2:9