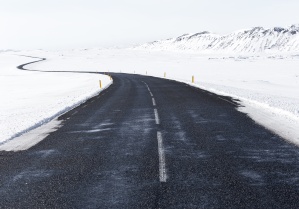 January is a logical time to think about plans, goals, and dreams.  I’m more motivated to make changes in my life in January than I am in April or October.

To live fruitful lives it’s healthy to make plans and to pursue our dreams by achieving goals.  How does one’s faith in God contribute to effective planning?

The interaction between God’s purposes for us and our plans is challenging and faith building.  Do we develop our own dreams, or does God give them to us?  Or both?  Is he even interested in the same end results we are?  Probably not.  He might desire for me to grow in faith, or in perseverance, while I might wonder why my plan for a new job isn’t working out.

Our Plans and God’s Purpose

The Lord is central to our plans, as the following three verses from the practical wisdom of Proverbs make completely clear.

“In his heart a man plans his course, but the LORD determines his steps.”  Proverbs 16:9

As someone who has not always planned my own course (see Mr. Magoo Years here), I’m immensely thankful that the Lord determined my steps in life.  He is the only possible explanation for the transformation from my formerly shortsighted view to a longer eternal perspective.  I now have dreams and plans, and whether God uses them or not, I have confidence that he will direct my steps.

Those clueless early adult years prove to me that even without a plan, God is quite capable of determining our steps according to his purpose.

“Many are the plans in a person’s heart, but it is the LORD’s purpose that prevails.”  Proverbs 19:21

Why should I make my own plans if the Lord’s purpose will prevail in the end?  Were those Mr. Magoo years, with no long term plans, the better way to live?

Dreams motivate us to grow, to learn, to develop and to create.  Plans get us moving.  I don’t think God wants us to stifle our imaginations or stymie our ingenuity.  When God created the world he gave human beings the great gift of work to develop the earth and to create culture.  Most of us need a plan or two to accomplish our part in that great task.

Our plans get us moving; God directs our steps.  Ultimately his purpose prevails.  The reason I think we should cultivate dreams and develop plans is because apparently we are necessary players in God’s overarching purpose.

God is sovereign.  I don’t know how he accomplishes his purpose with our plans; I only know that he does.

“Commit to the LORD whatever you do, and your plans will succeed.”  Proverbs 16:3

I’ve had plans that I firmly believed were committed to the Lord, and they did not succeed.  Have you had that experience?

One of my favorite Bible verses is Hebrews 11:1: “Now faith is the substance of things hoped for, the evidence of things not seen.”  (NKJV)  The reason I like this verse so much is because faith is treated as a tangible thing.  The hoped for happening has substance, and it is faith.  There is evidence for the things I cannot yet see, and that evidence is faith.

The text that follows this verse is a long catalog of biblical characters who displayed great faith. Abraham takes up more space than any other character in Hebrews 11.  God promised Abraham land and nations of descendants, but he saw very little of either during his life.  When he died he owned only one small piece of property on which his wife was buried.  Isaac, his promised son, had two sons after waiting twenty years.  Not much to brag about.

His faith was commended because he still believed in God and in those promises even when they had only just begun to be fulfilled during his life. He knew God was good for it.

Sometimes faith is at its greatest when the results are not seen.

God desires our faith more than he desires the achievement of our goals or the accomplishment of our dreams.

Faith is the definition of success in God’s eyes.

What practical plans are you making, entrusting them by faith into God’s hands and plan?

7 thoughts on “Our Plans, God’s Purposes and Faith”