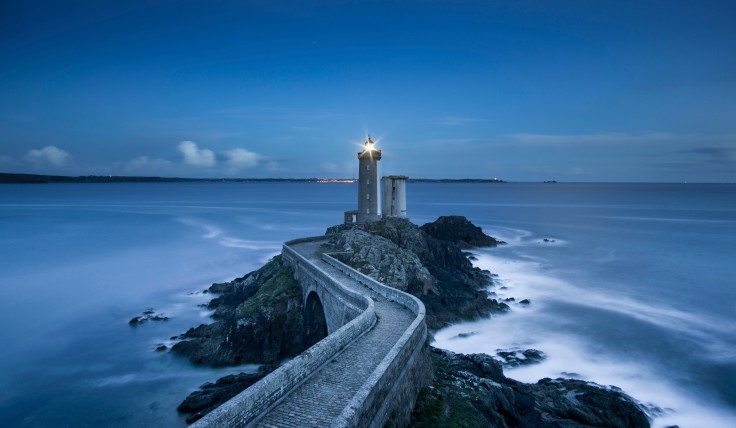 Has anyone ever advised you that God had informed them that you should do or stop doing something in particular? If it’s advice that you have asked for from a trustworthy Christian friend, that kind of input may be helpful. If not, however, it may be dangerous.

1 Kings 13 contains a rather bizarre story that emphasizes the truth of God’s Word. It requires some background. Are you ready for it?

After King Solomon’s death, the nation of Israel split into the southern kingdom, Judah, and the northern kingdom, Israel. Jeroboam became king of the northern kingdom, and God had promised to build Jeroboam a dynasty if he was faithful to follow God. But Jeroboam was afraid that following the law and worshiping one true God would bring the nations back together again and he would lose power (sound familiar?), therefore he made two golden calves, built shrines, appointed priests, and instituted festivals in direct competition with God’s law.

Jeroboam set the standard for false worship and rejection of God. We’re told many times in the Bible that a king “walked in the ways of Jeroboam.” It was not a compliment.

In 1 Kings 13 an unnamed man of God came to Jeroboam from Judah to foretell what would happen to Jeroboam’s altar and his ways in the future. He said that King Josiah would put an end to false worship, albeit temporarily, about three hundred years later. Jeroboam pointed at the prophet, and commanded, “Seize him!” And then Jeroboam’s hand shriveled up.

Panicked, Jeroboam asked the man of God to pray for his hand. He prayed, and his hand was healed. A relieved Jeroboam then invited him to stay for dinner and to take a reward, which the man of God emphatically declined because God had told him not to eat or drink anything.

What happens next is perplexing.

While they were eating the old prophet from Israel received a word from the Lord: “Because you have disobeyed the word of the Lord…your body shall not come to the tomb of your fathers.” There is no response recorded, and when man of God finished his dinner and went on his way he was killed by a lion. The donkey that he was riding and the lion stood guard around his body until the old prophet from Israel heard about his fate, took his body, and buried him.

Why did the old prophet go out of his way to insert himself in these events with disastrous consequences for the man of God? Why was the man of God so easily tempted by the old prophet after obediently executing God’s commands up to that point? Why was God’s judgment so harsh? I told you it was a strange story.

Maybe the old prophet was longing for the days when he actually heard from the Lord. Maybe the man of God was simply hungry and thirsty, and the prophet’s false assurance was all that he needed to meet his need for food and drink.

Whatever the reason, the man of God believed the unconfirmed words of unsolicited advice given by someone with unproven character, and suffered the consequences.

This is a useful warning. We are drowning in words these days. At least two sides can be found for any issue with a simple google question, and each side usually contains multiple nuances. Who will we believe? Whose input can be confirmed, is solicited, and whose character can we trust?

It is increasingly important to know the source of information, what their motivation might be, and a little bit about their character when evaluating advice.

That’s one thing that we can learn, but there is a far more valuable message for us in this story. God was warning Israel that Jeroboam’s false religion would be a problem for hundreds of years. The passage begins and ends with Jeroboam’s idolatry, and it was surely the downfall of the nation of Israel. The prophecy of the man of God was fulfilled. God gave a preview to show he meant it when “the altar was split apart and the ashes poured out.” The end result, the consequences, of false religion is ashes and dust.

God’s Word is our confirmed truth. It is solicited advice, for it is there for our instruction and transformation. God’s character can be trusted. The whole Bible tells us of a God who loves us, who is for us, who is always with us, and who wants us to know him better. He will occasionally include head scratching stories like this one, but it is always for our good.

The entire saga teaches us that God means what he says, both to a king, like Jeroboam, and to the man of God through whom God prophesied. One experienced immediate correction and the other result didn’t happen for hundreds of years.  In both cases, however, God’s Word was true.

Have you ever believed unsolicited advice or taken the word of an unconfirmed source or someone with unproven character? Have you ever doubted the Word of God only to find out that it was true?