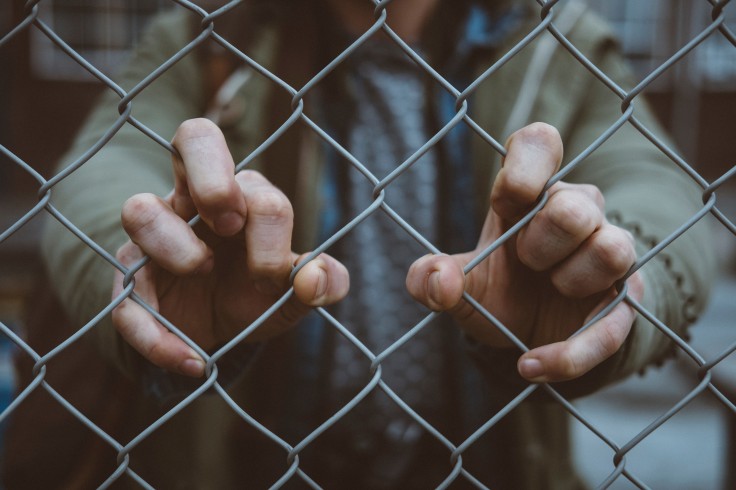 Millions of people in this world are looking for a place to call home. Many of them fear for their lives because of war, oppression, and violence, and others have no means of support. They all desire freedom and a safer life.

Refugees and migrants have been in the news lately because families were being separated at the US border. The policy has been reversed and families are slowly and clumsily being reunited, so media has moved on. But the worldwide refugee crisis is still ramping up.

For most of my life I rarely thought about refugees, until Dan and I worked with a refugee couple. My eyes were opened to the hardships they had endured to get here and the difficulty they had adjusting to life in the US. It was a privilege to know them.

I didn’t realize how many refugees there were in the world or that most of them waited for years, decades, to be welcomed into another country. I hadn’t thought about violent situations that were worse than refugee camps or smugglers. Things have to be pretty bad in one’s home country to endure dangerous travel toward an uncertain destiny.

I decided to further educate myself about the refugee crisis, so I’ve been reading. That’s always a good place to start.

A novel is a little easier to manage, so I started with The Boat People by Sharon Bala, a novel about a man, Mahindan, and his five year old son, Sellian, who left war torn Sri Lanka and arrived in Canada. At first they thought their problems were over, until Mahindin was put into prison and Sellian was taken away from him. The choices that Mahindin and other migrants were forced to make to get to safety were alarming and thought provoking. What would I do? It is a novel, but clearly the situation is real.

The New Odyssey: The Story of the Twenty-First-Century Refugee Crisis by Patrick Kingsley is a non-fiction book about migration into Europe.

This book is about who these voyagers are. It’s about why they keep coming, and how they do it. It’s about the smugglers who help them on their way, and the coastguards who rescue them at the other end. The volunteers that feed them, the hoteliers that house them and the border agents who try to keep them out. And the politicians who look the other way. (p. 11)

The voyagers this book describes are desperate, which is why they put up with greedy smugglers, miserable travel conditions, and take their chances with prison or refugee camps in safer countries. It’s an eye opening read.

I’m about half way through City of Thorns: Nine Lives in the World’s Largest Refugee Camp by Ben Rawlence.

This book is a glimpse into the strange limbo of camp life through the eyes of those who allowed me into their world and shared their stories. No one wants to admit that the temporary camp of Dadaab has become permanent…Caught between the ongoing war in Somalia and a world unwilling to welcome them, the refugees can only survive in the camp by imagining a life elsewhere…To live in this city of thorns is to be trapped mentally, as well as physically, your thoughts constantly flickering between impossible dreams and a nightmarish reality. (p. 5)

Once again, the stories are horrendous. It’s amazing that anyone survives such brutality and loss.

Finally, I reread Seeking Refuge: On the Shores of the Global Refugee Crisis, by Stephan Bauman, Matthew Soerens, and Dr. Issam Smeir, which was written in 2016. It’s striking to read a book written two years ago in a very different political climate. The authors speak of growing unease regarding refugees, but that apprehension has now become US policy. Some people think the tough stand on immigration and refugees is great. I think it’s terribly misguided.

The focus of Seeking Refuge is to describe “how churches and individual Christ followers in the West – in the United States in particular, but also in Canada, Europe, and beyond – might best respond to the refugee crisis.” (p. 17) The book is full of stories of individuals and churches who have assisted refugees, and it is inspiring. Relationship, the authors say, is the key to understanding and helping refugees; justice. “In its fullness, justice is about right relationships – relationships that work. Injustice is about relationships that don’t.” (p. 161)

I know that God wants to be in a right relationship with every refugee. They are loved by him, he knows what they’re up against, all of the violence and oppression in their homelands is the result of sin that breaks his heart, and he has a plan to deal with it. God will handle the situation with or without our involvement, but maybe we can have a small impact if we make a little investment in right relationships.

I would recommend The Boat People as a novel that will give you a sense of what refugees deal with. It was a good read. The New Odyssey: The Story of the Twenty-First-Century Refugee Crisis is interesting, but at times gets bogged down with details that I admit to skimming through. Strangely, what I found most interesting was its characterization of smugglers and why they do what they do. I’m not finished with City of Thorns: Nine Lives in the World’s Largest Refugee Camp, so I can only say that I’m curious as to what happens to the “nine lives” that the book follows.

Seeking Refuge is written for the church and from a biblical world view. Interestingly, after reading the other books and having a bit more context, I got more out of Seeking Refuge than I did the first time I read it. So, if you’re a reader, I would recommend reading The Boat People and then Seeking Refuge. Let me know what you think.

Can you recommend any good resources for learning about refugees? What is your experience with refugee relationships?

Photo by Mitch Lensink on Unsplash

One thought on “Educating Myself About the Refugee Crisis”