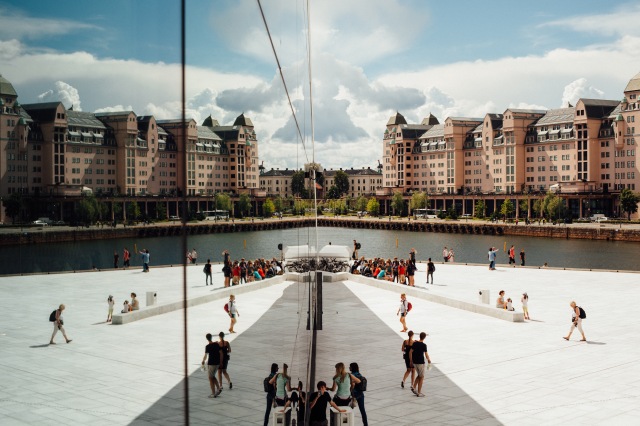 We are constantly being categorized. Each one of us is seen as part of a larger association: right or left; black or white; rich, middle class or poor; male or female; boomer, buster/gen x, millennial/gen y, or boomlet/gen z; Christian, Jew, Muslim or atheist; Cubs fan or White Sox fan (if you live in Chicago) and countless other classifications into which individuals can be grouped.

The reason for these stereotype assignments to some degree makes sense, for they help us relate to one another. I am a white woman, part of the baby boom generation, a middle class Christian and a Cubs fan, and from those identifications you know something about me. But you are a long way from knowing me. There are many, many people who claim identical categorizations who are completely different from me.

Politicians make the most of identity classifications. I suppose it helps them to break down a huge electorate into identifiable groups. As our culture has become more diverse, identity politics has helped them to speak to specific interests. However, the more identity designations there are, the more difficult it is to isolate the target.

Identity politics has been getting more attention lately. Some people think it emphasizes differences over points of commonality, and therefore fosters disunity; others argue that “identity politics are simply politics.” Personally, I’m a little tired of people assuming that I will vote a certain way or that I believe a particular ideology just because I happen to have certain identity characteristics. Actually, it is presumptive for politicians to assume that they know what Millennials or Christians or women want or how they will vote.

It is easy to fall into the same type of thinking when relating to people every day. We can also slip into thinking like identity politicians when we read of Jesus’s life, but then we would miss the fact that Jesus saw everyone as a singular individual.

For example, it’s easy to think of all the Pharisees as being hostile to Jesus, but we know that Nicodemus was open to his teaching and there were no doubt many others. Jesus did not play identity politics with Nicodemus, and we have a record of their important conversation in John 3.

Tax collectors were despised by the Jews, as they were working for themselves and for Rome. Jesus, however, did not assume that they were beyond influence. He chose one to be a disciple, and he invited himself over to Zacchaeus’s house for dinner. Zacchaeus was thrilled and vowed to make a large donation to the poor and to return any money he had received by cheating fourfold.

I’m sure that Galilean fisherman weren’t in anybody’s focus group as potential disciples of the Son of God. Jesus didn’t care about that. He chose the men God told him to choose.

Jesus treated every person as a unique individual. He knew what was in their hearts, and he didn’t let their observable identity influence his reaction to them.

The gospels tell us of times that Jesus healed many or taught a crowd, but many of the stories we are told are of Jesus interacting with individuals. Often it is a surprising individual, like a woman about to be stoned for adultery, or a paralytic, or a Canaanite woman. Jesus knew the identity of each of these people, and it was far more complex than adulterer, invalid, or foreigner.

Jesus is the only one who truly knows us, and he is the one who perfectly transforms our identities into who he created us to be. Jesus is changing me to be more like him, and it’s an amazing process to experience. I might check all the same boxes on my identity politics survey, if there were such a thing, but I am very different on the inside from who I was before. Jesus can also help me to see other people as uniquely created, with something important to offer the world, and far more complex than their outward characteristics.

In the process of becoming more like Christ, we will care less about who we are on the outside and we will be free to know others as they are on the inside. Brennan Manning writes, in A Glimpse of Jesus, (p. 111) “When we ‘put on Christ’ and fully accept who we are, a healthy independence from peer pressure, people-pleasing, and human respect develops. Christ’s preferences and values become our own…We become ‘other Christ’s’ through a life of Christian integrity.”

To be in Christ is the only identity that matters in the end. If we want to to unite around something bigger than fractious identities, the only way to do that effectively is in Christ Jesus.

What do you think about identity politics? Do you agree that we can rise above our differences in Jesus Christ?